One of the best things about getting to know a new culture is learning about its style of music and dance. It is fascinating to see how each country differs and is similar to others in how it approaches these two elements. When you consider that islands like Rodrigues have faced extensive colonisation and a forced combination of diverse cultures, you know that what you’ll experience will be unlike anything else. If you are wondering about what you can expect during your next stay on Rodrigues Island, here’s everything you need to know about the Sega Tambour. The Sega Tambour of Rodrigues Island is inscribed since 2017 on the UNESCO list of Intangible Cultural Heritage of Humanity. It is a rhythmic and energetic performance combining songs and dances – it is considered the fastest among all sega genres in the Indian Ocean. Those who know little about the Rodriguan sega tambour can be impressed while watching for the first time the vibrant performances of the musicians, dancers and singers. Their enthusiasm and energy while singing and dancing are communicative.

The History of Rodrigues Sega Tambour

The sega tambour and traditional dances were originally practised back in the 18th century by the maroon slaves’ community. The sega tambour of Rodrigues is inspired by various cultures around the world, including Africa, Madagascar, and Europe, but is mainly sung in the mother tongue, the creole language. At that time, the sega tambour was a means of transmitting information – sharing news in an era where the local community did not have radios and televisions at home. It was moreover a means to resolve conflicts and influence social actions. For example, if someone had a personal conflict, they would compose songs instead of reprimanding. The lyrics of the sega tambour have a lot of significance and narrate the lives of the inhabitants and are also dedicated to the ancestors. Rodriguans are attached to their cultural heritage and the sega tambour is still performed during various festivities, as entertainment in hotels, weddings and festivals to promote the island abroad. The sega tambour of Rodrigues Island is unique in its genre; it differs from other sega genres among the Mascarene Islands – the Sega Tipik (Ravanne) of Mauritius, Agaléga, Chagos and the sega Maloya from Reunion Island are not similar performances.  Today the sega tambour is popular all over the island, among international travellers and Mauritians who visit the island to discover this unique cultural heritage.

From Forbidden Pleasure To National Pride 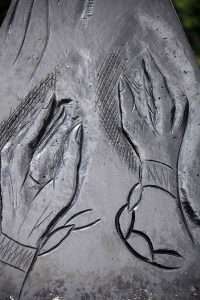 The music and dancing of the Rodriguans were frowned upon by slave owners and were banned by the religious authorities. Despite this, the culture thrived in secret, with locals gathering to share music, and stories and dance around the fire. Over time it adopted creole lyrics and eventually formalised enough to become something performed at parties and formal events.

The sega tambour traditional dance is characterised by men and women dancing together – but with no physical contact between the two. The dance is erotic and playful, with a few constraints, such as the dancer’s feet barely leaving the ground (a throwback to times when leg chains prohibited full movement). A mareshal is the lead vocalist and composer. The latter is joined by the chorals & audience who sing with all their heart the songs composed by the mareshal. Famous mareshal artists in Rodrigues Island are Lucrece Prosper, Yolande Legentil, Clecia Clair, Lorenza Gaspard, Jacqueline Allas (Maryanne) and Julie Collet (alias Tann Grofi), considered the pioneers of the Rodriguan sega tambour. Mareshal are usually women, but only one man, Stafford Samoisy is recognised as a mareshal.

The Blues of the Indian Ocean

A fundamental part of this music is the ravanne, which is a percussion instrument made from goat skin, known as “lapo cabri” in creole, and is played with both hands while being held vertically. Because its strings work best when warm, it’s commonly placed above a bonfire with dried banana leaves beneath before being used. With time the traditional ravanne has evolved with modern types which do not require to be heated. The modern ravanne is often used when performing abroad. However, some musicians prefer the traditional one as it produce better sounds. The most famous and last remaining ravanne maker on Rodrigues Island is Louis Saint-Ange Philippe known on the island as Thiong. He proudly shares his passion and art for tambour making with the younger generations.  Another common instrument is the maravanne (a high-pitched sounding shaker consisting of a box filled with dried flowers and seeds) and the triyang, a hand percussion with the shape of a triangle is bounced between the two sides to create sound. The mayos are two wooden sticks that hit against each other to create a rhythm. Other instruments are homemade and reused, such as cans of empty preserves, and bamboo. Together all these instruments create what’s called ‘the blues of the Indian Ocean.’

A demonstration of the sega tambour with La Troupe de l’Union from Rodrigues Island:

The Beauty of Dance, Music and Costumes

During these theatrical dance performances, women wear colourful skirts or robes with floral patterns. Men, on the other side, wear unique or colourful blouses and trousers. The colours and patterns often match the clothes of the women. To remain in the simplicity of Rodrigues Island, traditional hats made of vacoas leaves are worn. The sega tambour should not be confused with the Accordion Sega which is also a local sega of Rodrigues. In the accordion, the music and dance performances are greatly influenced by European folk repertoires from the colonial periods. As its name suggests, the main instrument used is the accordion.

Bal Rann Zarico» in creole. Amateurs of folklore dances and music unite at these evenings to share the passion for their local culture which can often last until dawn.

In order to get you in the mood before your next trip to Rodrigues Island, we made a playlist of the most popular sega tambour from Rodrigues Island which you can listen to.

Witnessing the sega tambour traditional dance and its music is something to behold – and something that’s fast disappearing. The breeding of kid goats (required to create the traditional ravanne) is no longer practised on a large scale, resulting in synthetic instruments being used that don’t quite sound the same. However, it’s not as yet entirely extinct. The sega tambour is internationally recognised which makes the Rodriguan community proud. The music and dance performances are transmitted from one generation to another. A visit to Rodrigues Island (and knowing where to look) should point you in the right direction of being able to witness this slice of history and culture in action – before it’s too late.

We use cookies on our website to give you the most relevant experience by remembering your preferences and repeat visits. By clicking “Accept All”, you consent to the use of ALL the cookies. However, you may visit "Cookie Settings" to provide a controlled consent.
Cookie SettingsAccept All
Manage consent

This website uses cookies to improve your experience while you navigate through the website. Out of these, the cookies that are categorized as necessary are stored on your browser as they are essential for the working of basic functionalities of the website. We also use third-party cookies that help us analyze and understand how you use this website. These cookies will be stored in your browser only with your consent. You also have the option to opt-out of these cookies. But opting out of some of these cookies may affect your browsing experience.
Necessary Always Enabled
Necessary cookies are absolutely essential for the website to function properly. These cookies ensure basic functionalities and security features of the website, anonymously.
Functional
Functional cookies help to perform certain functionalities like sharing the content of the website on social media platforms, collect feedbacks, and other third-party features.
Performance
Performance cookies are used to understand and analyze the key performance indexes of the website which helps in delivering a better user experience for the visitors.
Analytics
Analytical cookies are used to understand how visitors interact with the website. These cookies help provide information on metrics the number of visitors, bounce rate, traffic source, etc.
Advertisement
Advertisement cookies are used to provide visitors with relevant ads and marketing campaigns. These cookies track visitors across websites and collect information to provide customized ads.
Others
Other uncategorized cookies are those that are being analyzed and have not been classified into a category as yet.
SAVE & ACCEPT
Powered by